Lets hack apart the alleged Russian hack attack on Clinton shall we?

You know the hack that everyone is upset about because it stopped her being President, not because it exposed her as an incompetent, dangerously irresponsible member of government. 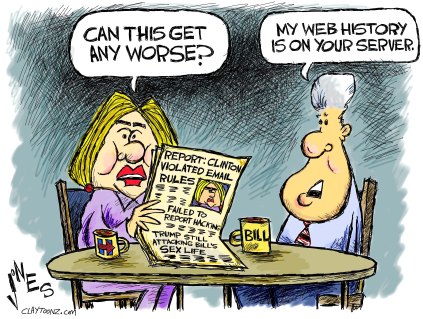 The MSM are telling us that the Russian’s did it. So that must be true as the MSM is not fake news, like all these other nasty independent websites and journalists who are confusing the public with their disinformation and different versions of truth.

This is despite Julian Assange (you know the person who actually leaked the leaks via Wikileaks) repeatedly stating that the leaked emails did not come from Russia or Russians or any other state party.

So why won’t the MSM listen to him?

Well, the BBC tell us that the hacking allegations include the following facts:

So the US spied on the Russians to see that they were celebrating Trump’s election win. The horror!

But wait, isn’t this about Russia hacking the US? Not the other way about?! Back to the BBC for clarity…

Ahh, of course – the Russians were the Go-Betweens!

But…usually hackers will not involve a Go-Betweener, at the risk of revealing their own identity. Hackers usually hack then dump, in this case to Wikileaks.

But we can forget about the Go-Betweeners because the US government already paid security firm Crowdstrike to analyse the hacks and tell them the nationality of the hackers. Crowdstrike say they identified two separate Russian intelligence-affiliated adversaries present in the DNC network in May 2016. Hmm, most hackers know that covering your tracks is key and no one is going to hack a potential president and leave traces that suggest (with apparent 100% accuracy) they are Russian.

But Crowdstrike did also admit that they thought they had found ANOTHER the source of the leaks, a whistleblower DNC staff member alleged to be Seth Rich. However this evidence doesn’t change their ‘The Russians Did It!’ stance. Two suspects but only one culprit – The Russians.

Perhaps we should focus on Seth Rich and ask him more about what he knows.

He was shot in the back whilst walking down the street in July 2016, a month after the emails were leaked. No witnesses or suspects have ever been found.